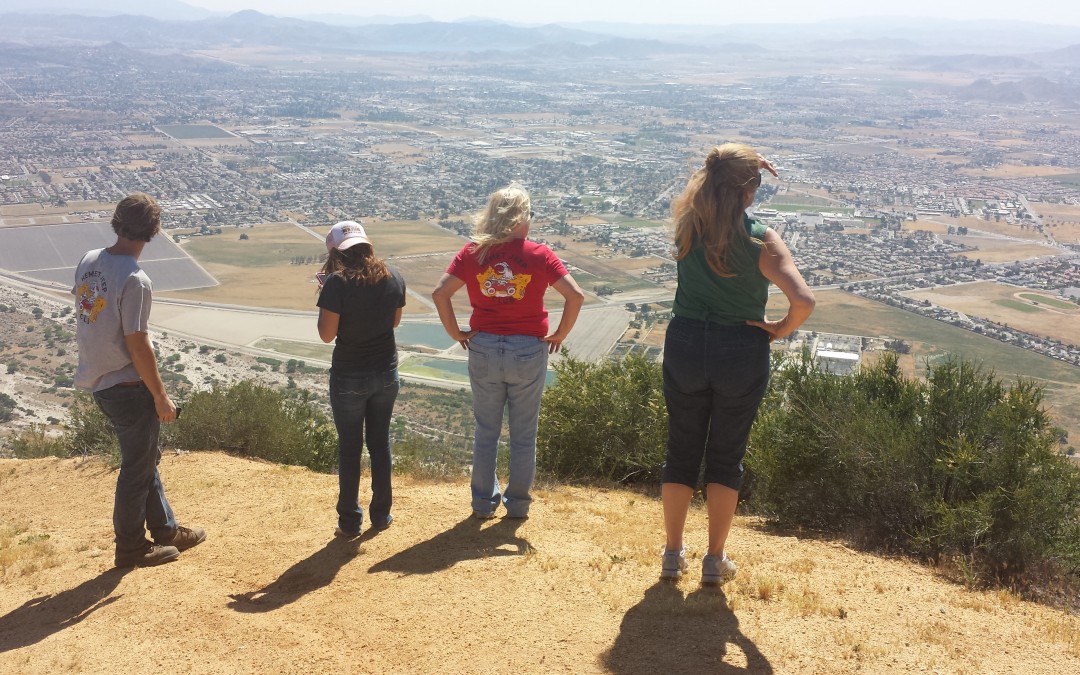 This trip started out as a small deal and before I knew it, we had 14 Jeeps and over 30 people.

The weather was awesome and could see for miles in the clear sky.

We started our run from Patsys Country kitchen and headed up the back way to Banning and onto old Idylwild Road and took our time checking out the sites and such.

We had one breakdown, Ed, a guest of mine, had his ’72 CJ5 out for the first time and broke the rear end – he ended up taking the rear driveshaft out and limped it home.

We had lunch on the south end of Lockhead.

Ended up heading the rest of the way up the mountain and a couple of us made it up the side trail to the S.

We ended up going to the radio towers and took pictures. 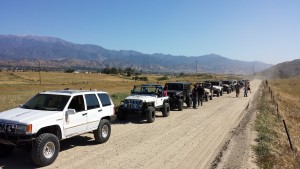 Stopped just at the trail head to air down and disconnect sway bars – which no one did, but it was a good picture opportunity at least 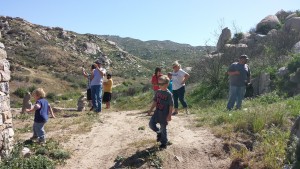 Everyone standing in what was once someones living room 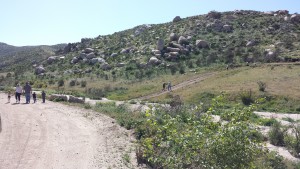 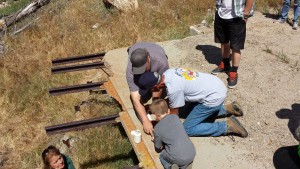 Just by shear chance, we completely stumbled upon a geo cache by accident – there are quite a few ‘geo cashers’ in the club and this made their day 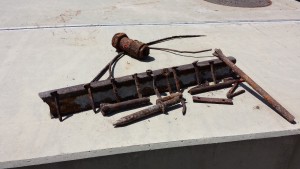 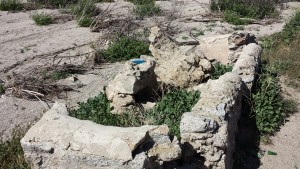 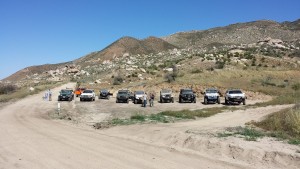 Stopped in once was a bustling stage coach area 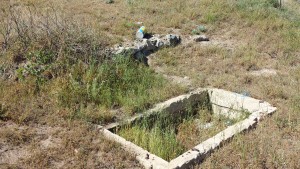 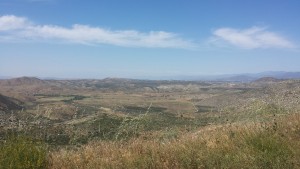 Over looking lockhead – what could have been the home of Diamond Valley Lake if it wernt for all the soil contamination from all the testing during the 50’s, 60’s, 70’s 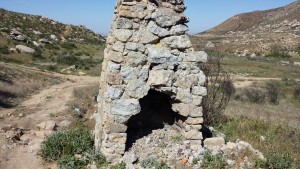 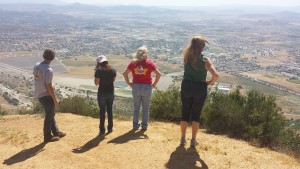 Over looking the Hemet/San Jacinto Valley from atop the “S” 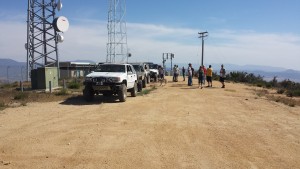 All in all it was a fun trip and most everyone I talked to wanted to do it again – maybe even do some more exploring out in them hills..