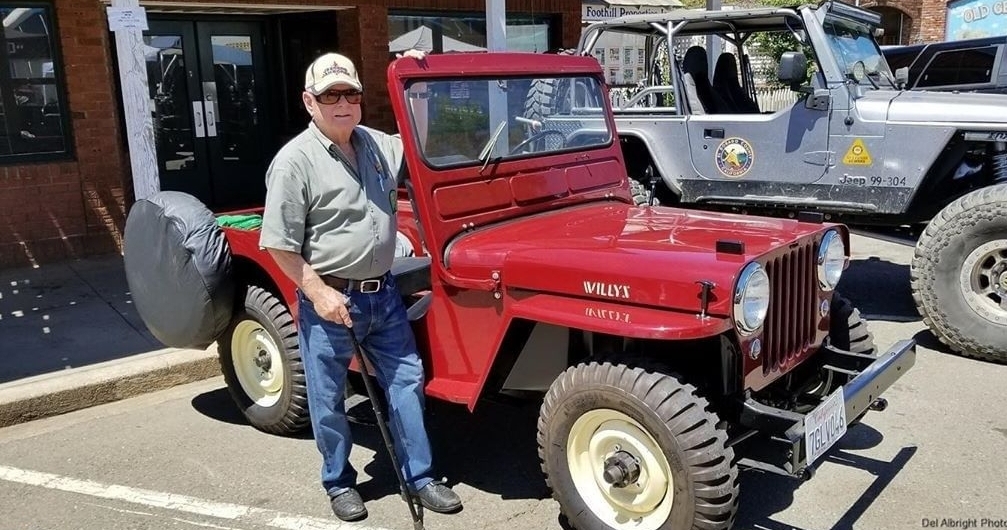 It is with great sadness that we announce that Steve Morris, the inaugural president of Cal4Wheel, passed away last night at his beloved Rubicon Springs.

Steve was the association president from 1959 to 1961 and was instrumental in the formation of the association.He was actively involved from its first day until the present, including volunteering every week at the office.

Most recently, Steve was honored to be a 2019 inductee to the Off-Road Motorsports Hall of Fame.

We will miss him greatly and offer our sincere condolences to Steve’s family.

On a personal Note,

For those of you that don’t know who Steve was a ton of things but I came to know Steve as the very first president of Cal 4 Wheel – 60 years ago!  Steve was instrumental in land use issues and working with the off road community.   Steve and Harry Bushert (HJC Alum) Used to drive Studebaker Larks to the meetings – Harry from Southern California and Steve from up north.  I thought about this when I was at the last Cal4wheel BOD meeting and was traveling up the 5 fwy and thinking about how crappy of a drive it must have been in those old cars hauling butt at a blistering 55-60mph..  Its too bad more people don’t know who Steve was and how much love he had for 4wd .

At C4W Convention this year, he was the key note speaker and told stories of years past including a great one of Harry Bushert.  I ran into Steve later that evening in the hall way and we spoke for a little bit.  I told him how much he has influenced myself and motivated me to work harder with the organization.  We talked like we’ve known each other for years, BS’ing about Jeeps, the Hemet Jeep Club, member of the HJC then we shook hands and ventured off into the evening.  I never thought that would  be the last time we talked.

Steve was truly a great man and he was truly loved by all that met him.