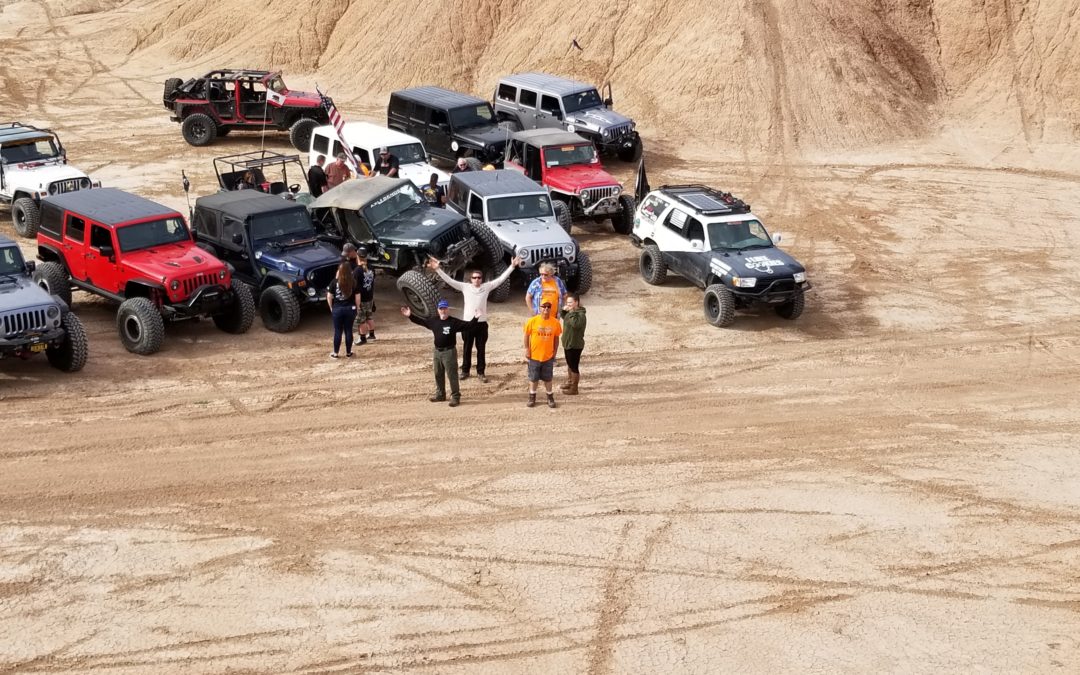 Desert safari is the biggest Jeep run on the west coast and I would be willing to bet probably one of the biggest in the nation.  This year was no different.  I came up Wednesday late evening to the Sea View Estates where some of us members have called our second home and got up early Thursday to start the day.

Saturday we were led by Jon Grey from T.D.S., our trail boss and for the most part was un-eventful- This year we were only allowed to run green trails that are on the map, so areas like “Amandas Notch” or “Obama ditch” and “goosebag Hill” could not be ran since its not on the approved trails for the state parks.   We had to be very careful that no one got off trail since state parks were watching the entire event.

Early morning a few of us gathered up and went on a small trail run on the other side of the S22 since TDS and the other volunteers of HJC had everything under control and was nothing for anyone to do.

Saturday evening brought upon the infamous T.D.S. Desert Safari Raffle – I’ll say this…  The Wind in the desert sucks and even more so when it carries sand, dirt and boulders into your eyes.  I have to thank Kyle J. for letting me borrow a pair of goggles, my god, the sand storm sucked.  Roy W. was the big winner in the group and Dave D. even won something – he was smarter than me by giving me his ticket and not going..

Sunday the few of us that were left on the orders of Jeff S. to find the bunkers of the former Salton Sea Navy base where we spent a good part of the morning exploring the base of old.  Honestly, I could spend all weekend just exploring things like that.  So many un-answered questions but at least we found a cool sand dune where we played on for an hour – because we could.