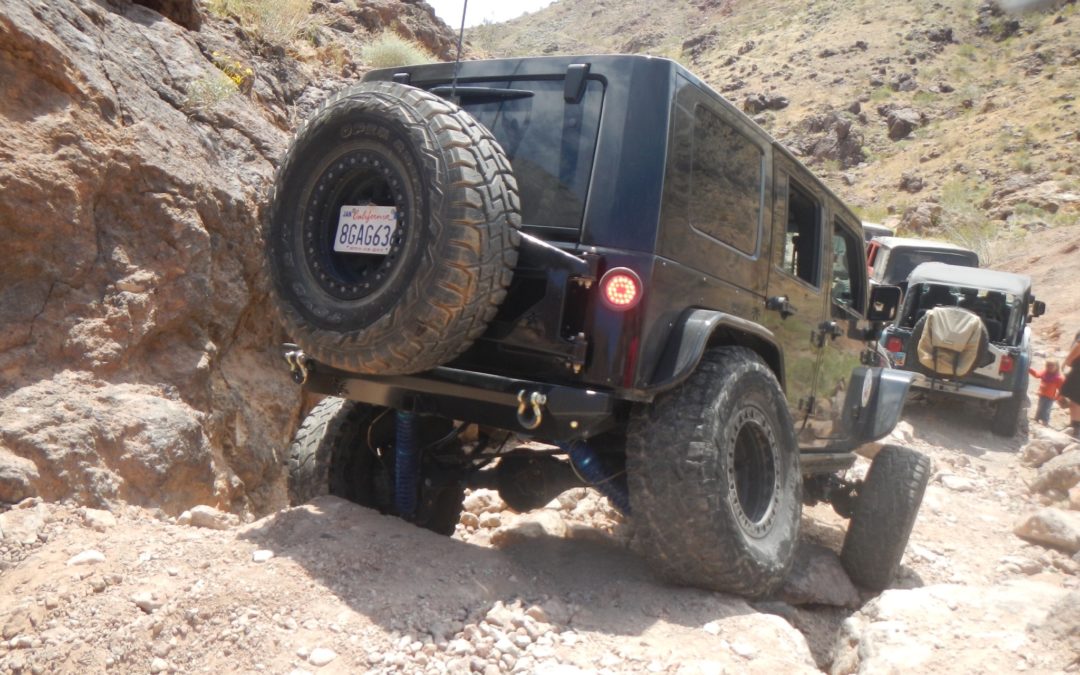 When I first started attending meetings with the Hemet Jeep Club, I would hear members talk about runs they would attend and runs that they would put on.  One of those runs was the Calico run that Tonya Bouchard used to put on and at the time I thought man, that is far away and who would ever want to go to Calico?  Funny how time changes and when my good friend Kody Kirch wanted to start going to Calico again since he used to go in side by sides a long time ago and invited me to go a few years ago for Easter weekend – I thought what the hell, it always sounded like a good time from other members..

The first outing with both of us was not very eventful and the one run we did go on lasted only a short time since we found out that Kodys (new at the time) CJ8 sucked in the rocks with out power steering.  As the years passed we have had better equipped Jeeps and have gotten the lay of the land, so to speak.

This year was no different and were greeted with great weather the first day and then the damn wind picked up and blew not very hard, but enough to make things miserable in camp.   The Cookes, the Broos, the Kirchs and the Epsteins all made it unscathed up the 15 and we all sorta met up Thursday afternoon.
Friday we ventured out to the abandoned water park once again and found that a couple of buildings that were there the year previously had been burned down – probably due to vandals.  We came back to camp and were welcomed by Mike Hardy and Lisa Sines on their way to Moab and stayed the evening in camp with us while Kody made dinner and we all told lies.

Saturday morning, the Kirchs, the Broos, the Cookes and the Epsteins ventured out on a tail run which led us up a new way to avoid areas we have seen before to find the old abandoned borax mines which we found and let the kids play around.  We even found a desert tortoise in the wild doing what turtles do, which isn’t much.
After messing around at a few different mines, Kody and Dub decided that they wanted to take a different trail as to avoid a rather steep water fall which netted us behind the “CALICO” sign we believe and followed one of the more scenic trails I have been on in Calico right down to the main tail and just before the waterfalls we were trying to avoid.
We all made it down unscathed through the waterfalls – yes, there were two of them. The rain washed out a section of trial and made it more fun.  The crazy thing is to see ashpharlt on the sides of the trail – this trail at one time was a paved road so trucks could make it to the mines!  Since the mines closed down and the road repair quit, it just makes it more fun for us off-roaders.
We ran into a bunch of other rigs, more than I have seen ever out there and it was fun to watch them go up the water fall that we just came down.  We kept on trucking and used the bypass to the gate keeper but saw some rigs coming out of it and man, good times to watch others beat their stuff.

We finally made it back to camp and it was my time to cook, so I made some fajitas and we, once again regailed the day and told more lies and had a great time in camp.
Can’t wait till next year to go to Calico again and I strongly urge you to make some plans with us next year – You won’t be disappointed. The town of Calico has a great thing for the kids of all ages Sunday morning.  Its not just the Jeeping in Calico that is so cool, it’s the town itself and the surrounding areas.  Thanks to the Kirch’s for inviting me once again – I’m sure its just that they invited my Wife and kids and I have to come along with them..